About > The Creators > Russell Taylor

Russell Taylor was born in York in 1960. HIs father was a pilot and Russell grew up in various places (including a year in Libya, where he witnessed the revolution that brought Colonel Gaddafi to power). At the age of eight Russell used to draw his own cartoon strips: the protagonist being his French tutor Monsieur Philippe, transformed into a super-villain bent on world domination. In his early teenage years Russell would borrow his mother’s portable typewriter to bash out plays, usually based on Tintin or Star Trek with the addition of much gratuitous swearing and violence.

He went to Abingdon School where he started a magazine with his friend Andy Sloss. They wrote the whole thing themselves, ran it off it on an old Roneo duplicating machine and sold it to their classmates for 5p a copy.

Russell read Russian and Philosophy at St Anne’s College, Oxford where he again started his own magazine. On graduating, having failed to be recruited by the counter-intelligence services of either Cold War power, Russell and his fellow Russian graduate Marc Polonsky set up a travel agency specialising in “real life” trips to Russia. Unfortunately they failed to realise that none of their newly-employed friends wanted to spend their first salaries on trips to a country where it was freezing, the food was terrible and the KGB followed you everywhere. However Russell and Marc used their experiences from the venture to write a humorous book about the Soviet Union. Following a chance meeting with Faber & Faber Chairman Matthew Evans at a reception for Russian writers which they had gatecrashed, they blagged him into publishing their work. USSR - From an Original Idea by Karl Marx came out in 1986 and sold modestly. 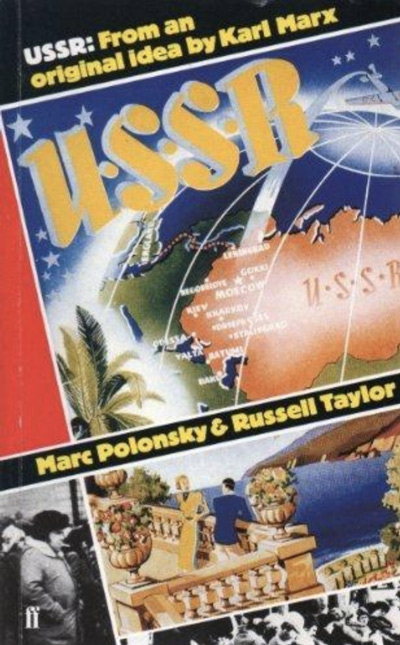 Russell drifted into journalism, bashing out features for anyone who would pay him. He ended up writing for Direction - an advertising magazine, whose monthly cartoon strip was drawn by a certain Charles Peattie, and Alex was born.

Following a mid-life crisis in the late 1990s Russell wrote a book on marathon running - The Looniness of the Long Distance Runner - which was published by André Deutsch in 2001.

About > The Creators > Russell Taylor