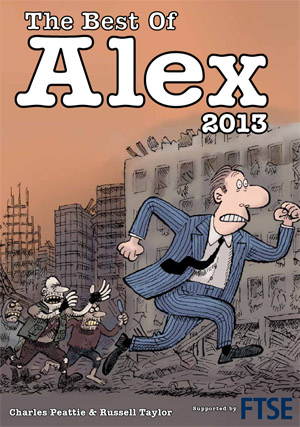 More dispatches from the frontline of the global financial crisis.

Amid all the usual corporate shenanigans the book includes a special full-length full-colour Christmas special - It's a Wonderful Crisis - in which Alex does a spot of time-travelling and ends up working for the ultimate boss from Hell..

Despite the predictions of the Mayans - and the best efforts of Alex and his fellow bankers in the City - the world failed to end in 2012 and instead managed to limp on into 2013.

So it's business as usual as Alex heads off to the World Economic Forum at Davos to network with global power brokers. On the domestic front, his wife Penny finds herself climbing the corporate ladder as a company director and, further to his chagrin, his client Mr Hardcastle gets a knighthood. The wimpish Clive, entering into the spirit of the year of the Royal Birth, becomes a late father to twins.