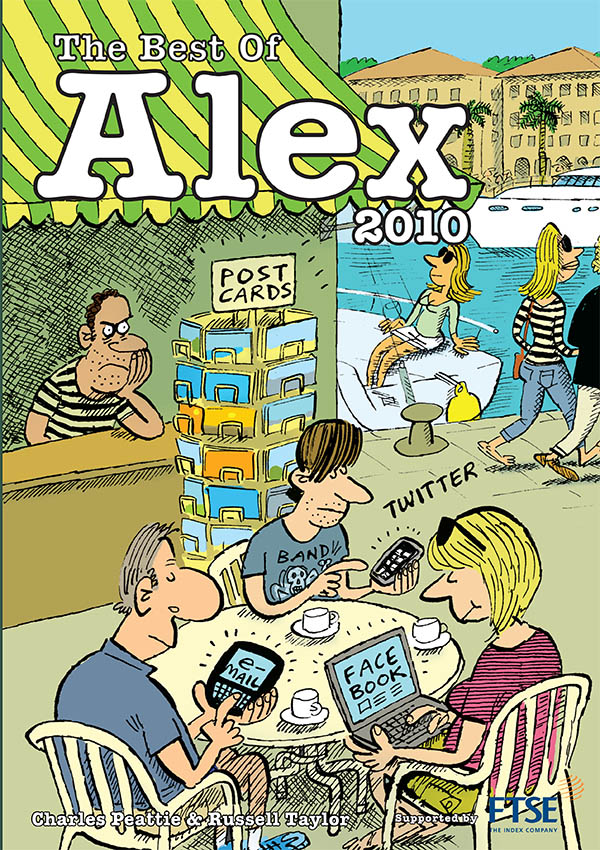 The post credit crunch financial landscape begins to emerge: with banks raking in vast profits as they cream off the taxpayers’ money while there’s still some left
.

The continuing corporate capers of Alex Masterley - undeniably the world’s most popular banker (well, it’s not like there’s much competition from any of the real ones).

The threatened global swine flu pandemic fails to materialise, but fear of infection from PIGS (Portugal, Italy, Greece and Spain) terrorises the financial world. With a double dip recession threatening, Britain goes to the polls (and the Poles all go back home). The World Cup provides some relief for Alex when England’s footballers take the early plane home from South Africa and temporarily replace bankers in the national psyche as symbols of vastly overpaid failure.

As the new 50% income tax band comes in and draconian financial regulation is drafted by the EU, Alex suffers another blow when his son Christopher announces he’s going to art school instead of business college.


Can be signed by the authors if you ask really really nicely.