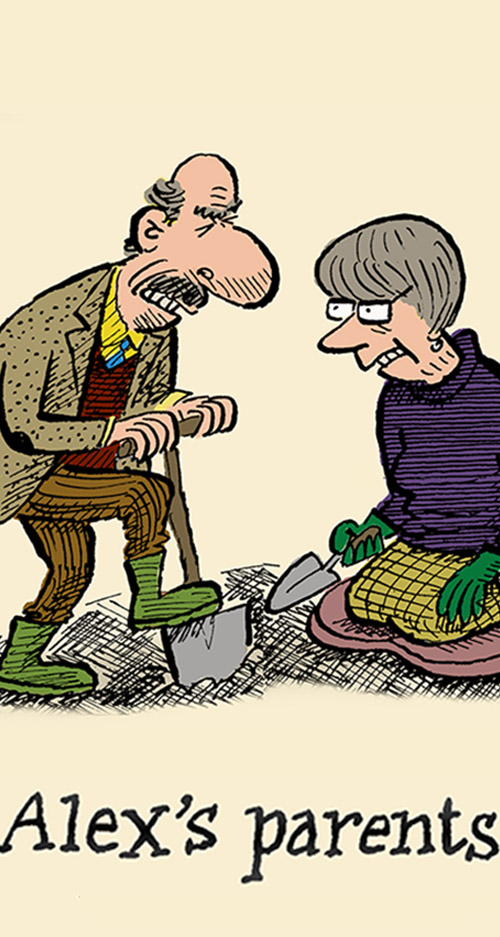 We know little about Alex’s family background as he doesn’t mention it much. His father, Tim, was a stockbroker back in the 1960s and 70s when the profession was largely untrammelled by tiresome regulations. He became a Lloyd’s Name and lost most of his money as as result of the natural disasters of the early 90s. He and his wife were reduced to running the family home as a bed and breakfast, to Alex’s enormous chagrin. When they celebrated their Golden Wedding anniversary at the height of the global financial crisis Alex bought them Krugerrands for them to bury in their garden.

Search for strips about Alex's parents: