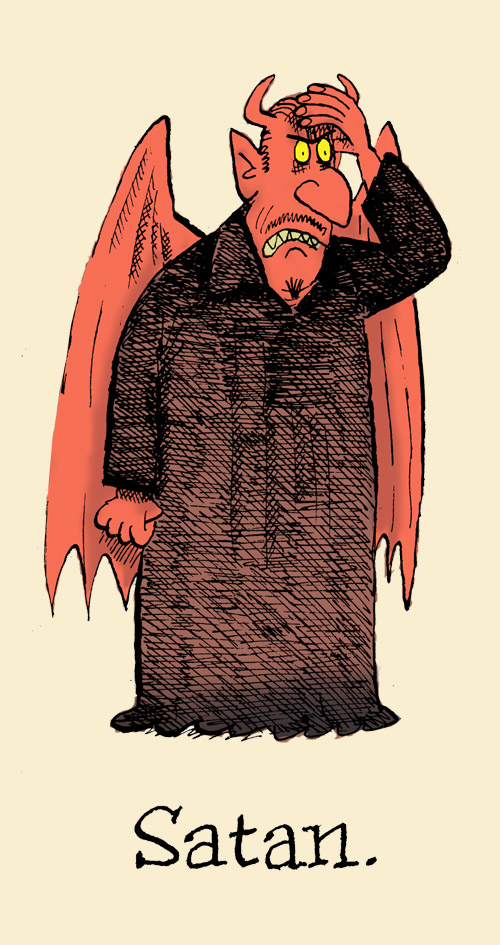 Though not strictly a member of Alex’s professional or social circle, The Prince of Darkness has made two cameo appearances in the cartoon. Firstly in 1999, when Clive sold his soul to the Devil, but due to his misreading of the small print in the Faustian pact found he’d actually signed a job contract committing him to 21 years of working in American Investment Bank Hell with the Devil as his boss. This series of cartoons of him being worked till he was too exhausted to enjoy his huge wealth and eventual retirement was so popular that a Powerpoint of the whole storyline apparently went round Goldman Sachs twice. Brought back by popular demand, the Devil reprised his executive role as the CEO of Hellbank in the “It’s a Wonderful Crisis” Xmas story in 2012.

Search for strips about Satan: