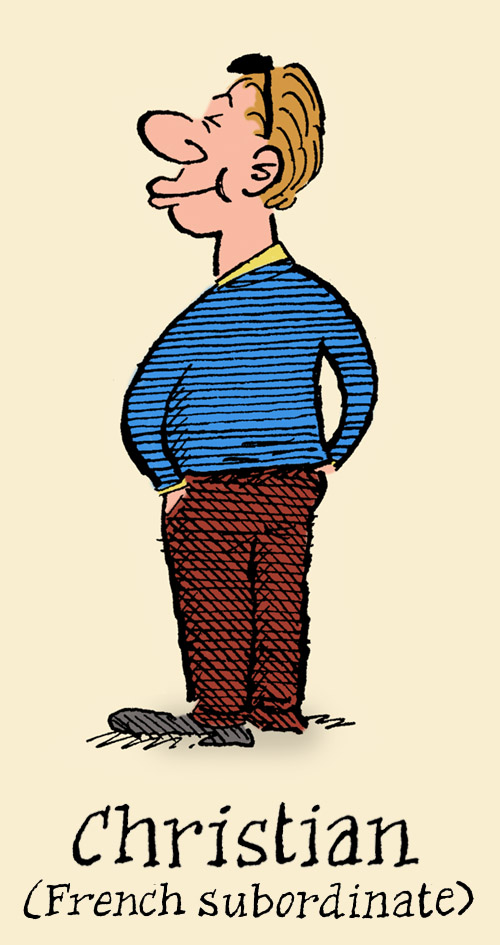 CHRISTIAN was a Eurotrash graduate who was employed by Megabank in the mid 2000s. With a French mother and German father and having grown up in Italy he combined all the most irritating aspects of the European continent in the days long before UKIP was even dreamed of. Christian’s impressive CV - including speaking six languages and having multiple degrees - plus his wealthy and privileged background and gorgeous girlfriend made him Alex’s natural enemy. He hasn’t been seen for a while. Maybe he went back home post Brexit?

Search for strips about Christian: