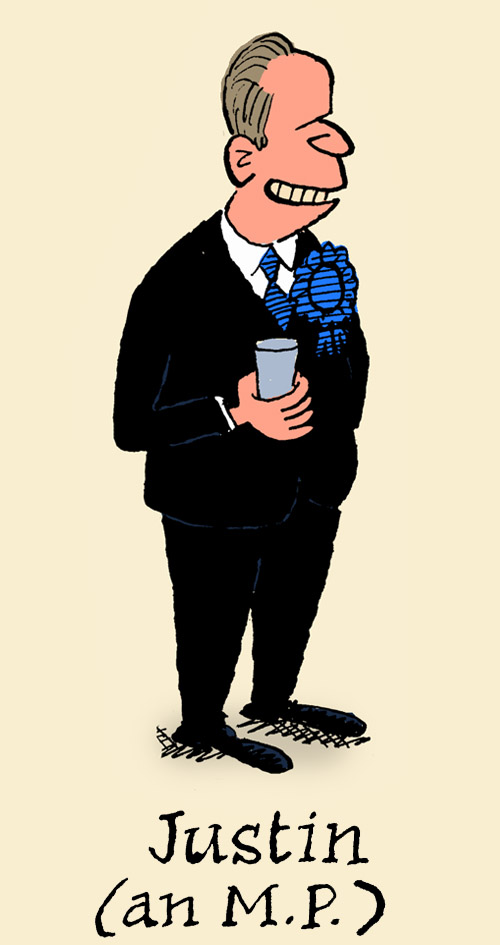 JUSTIN is a former banker who became a Conservative MP in the 2010 election. He failed to get a seat in the coalition Cabinet because it had to be given to a Lib Dem, He failed to secure one again in 2015 because he was seen as too “male, pale and stale”.

His constant worry is that he is going to lose his seat and won’t be able to find another job back in the City. His only moment of satisfaction came in calling his former boss Rupert in front of a parliamentary sub-committee to be grilled on his bank’s role in causing the financial crisis.

Search for strips about Justin: