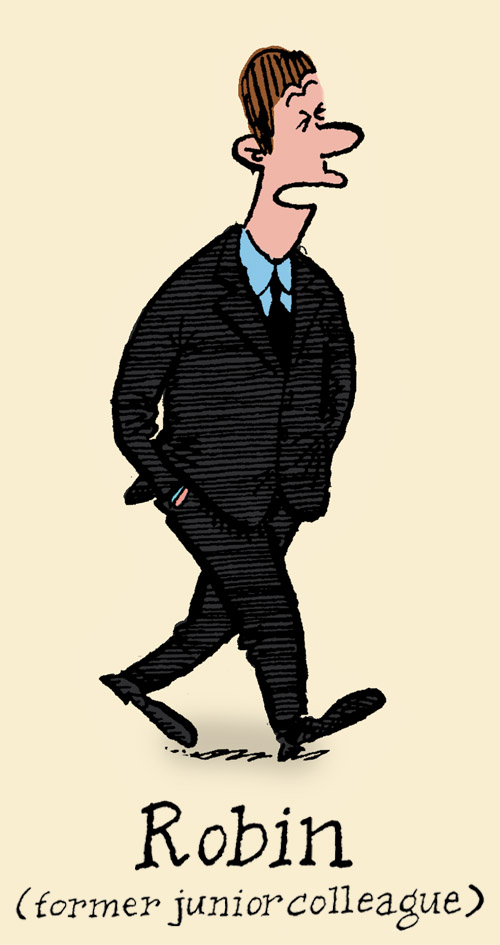 ROBIN THORNE was Alex’s graduate trainee during the Dotcom Boom at the turn of the Millennium. Young, hip and deeply computer literate Robin seemed to represent the future of the City and made Alex fear for his job. Happily the Dotcom Crash came along just in time and put paid to that and Robin (along with Alex as it happens) was fired from the bank in 2003. He later started a hedge fund but was last seen running a bed and breakfast in Sussex following the collapse of that venture.

Search for strips about Robin Thorne: