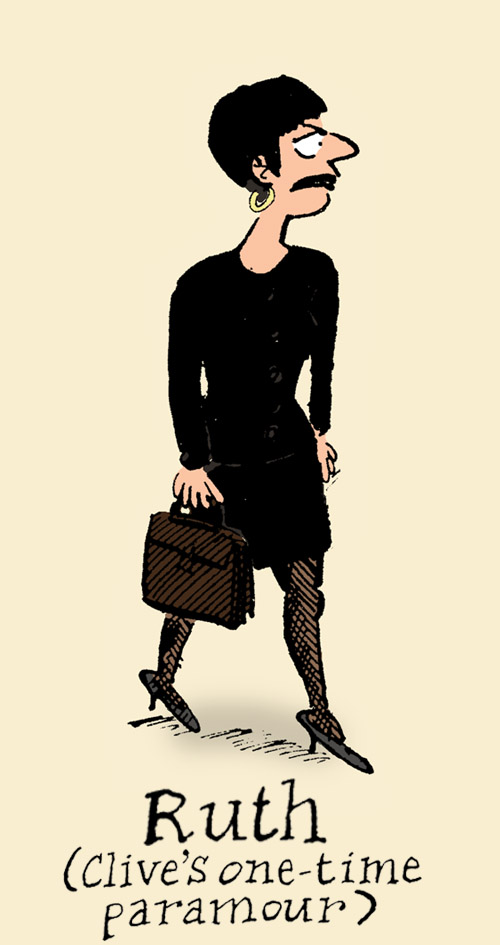 RUTH was a brash, ballsy Porsche-driving American trader with whom Clive had an affair in the early 90s. It was never very clear what she saw in him. She gave birth to his lovechild in 1993 - a fact which Clive somehow managed to hide from Bridget, even taking time off work to be present at the birth. Since then Ruth has vanished from the scene (possibly recalled to New York or suffering from executive burn out). Clive lives in constant fear that his estranged son will suddenly appear one day and demand that dad swing him a job.

Search for strips about Ruth: