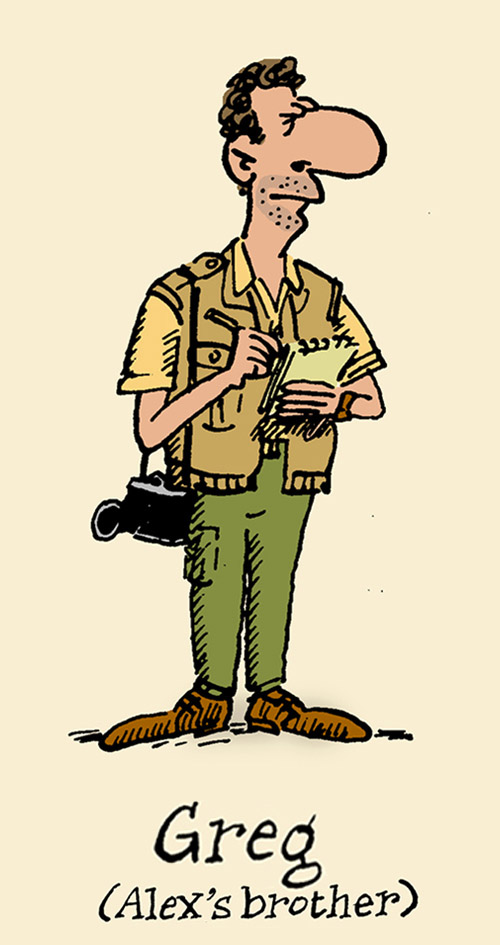 GREG MASTERLEY is Alex’s brother and a freelance journalist. His reminiscences of his days as a foreign correspondent in various war-torn areas of the Middle East are capable of reducing dinner parties to a state of catatonic boredom. He has also been known to make wildlife documentaries. He and his girlfriend Flora were archetypes of 1980’s media culture, revolving round the Groucho Club. Greg has bowed out of the cartoon of late (as Charles and Russell were worried about biting the hand that feeds by indulging in too much satire on the media).

However he returned to play a pivotal role in the 2012 Christmas storyline “It's A Wonderful Crisis” which revealed some details of his childhood rivalry with Alex. He was most recently seen as a local radio presenter on Davos Radio at the World Economic Forum and reporting on the Covid outbreak from Bicester village luxury shopping outlet.

Search for strips about Greg: