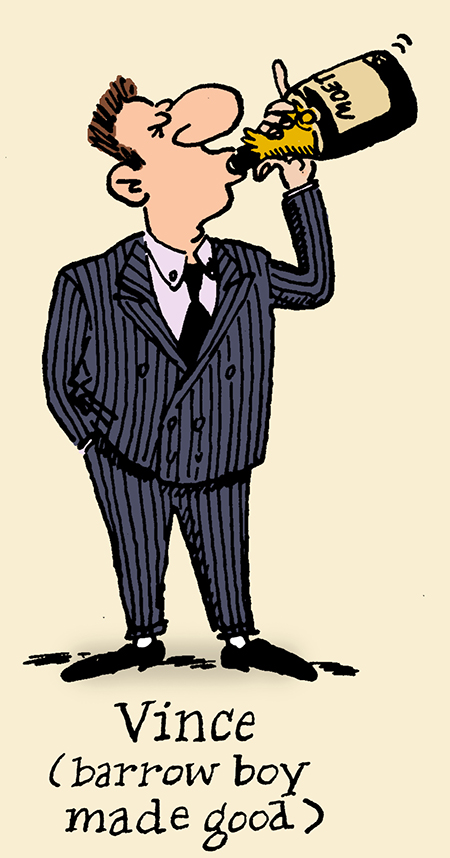 VINCE is an East End moneybroker of the sort that thrived in the 1980s when unqualified ex-market stall traders like him could get highly-paid jobs in the City. Disdained by Alex due to his habit of wearing white socks and drinking pints of port Vince nevertheless enjoyed a successful career. Something of an anomaly in the modern City, populated by quants with PhDs in astrophysics.

Vince still makes the occasional appearance in the cartoon, but whether he’s running a hedge fund in the West End or back in Romford doing a bit of day trading while driving a minicab is not entirely clear. He is the character about whose whereabouts readers most often enquire fondly.

Search for strips about Vince: