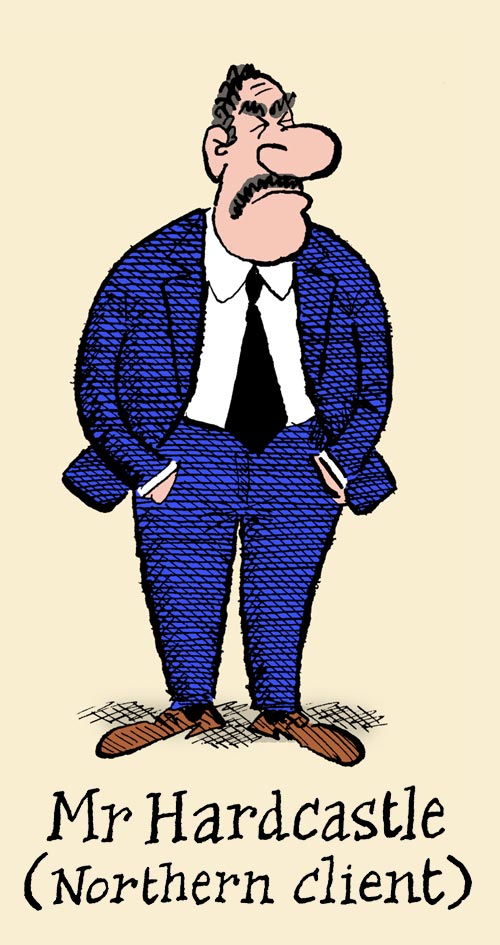 MR HARDCASTLE is Alex’s long-term client. A bluff straight-talking Northern businessman with a sartorial predilection for light blue suits with brown shoes he and Alex share a mutual disdain. Over the years Alex has bled Hardcastle plc dry by taking the company private and floating it again on multiple occasions (we have lost track of just how many time he has done this) and charging enormous fees for doing so. In the Dotcom Boom of the late 90s Alex persuaded Hardcastle to embark on various unwise mergers involving doomed new economy businesses. In 2013 to Alex’s horror and disgust Mr Hardcastle was awarded a knighthood and is now Sir Stewart - which has made him and his lady wife even more crass and vulgar.

Search for strips about Mr. Hardcastle: