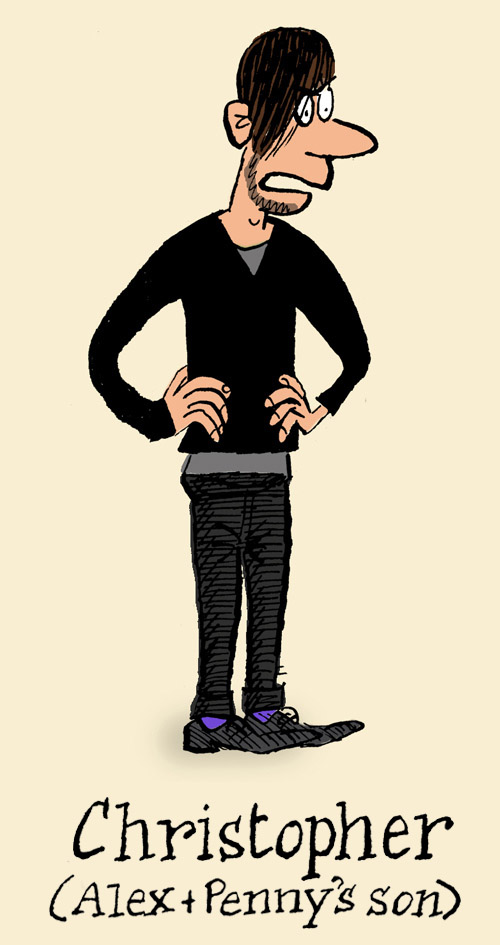 CHRISTOPHER MASTERLEY is Alex and Penny’s son. Born in the course of the strip he has grown in real time and is now in his mid 20s. He is clearly scarred from having such a simultaneously overbearing and absent father figure as Alex. Christopher rebelled by becoming an art student rather than following his dad into the City. He is an aficionado of Russell Brand, a Corbynista and a spokesperson for the disaffected Millennial generation. He doesn’t seem to have ever had any sort of a proper job (apart from an internship that Alex once organised for him) and as a consequence is stuck still living at home with his parents, where he acts a a foil to Alex’s materialistic values. He invariably comes off worse.

Search for strips about Christopher: