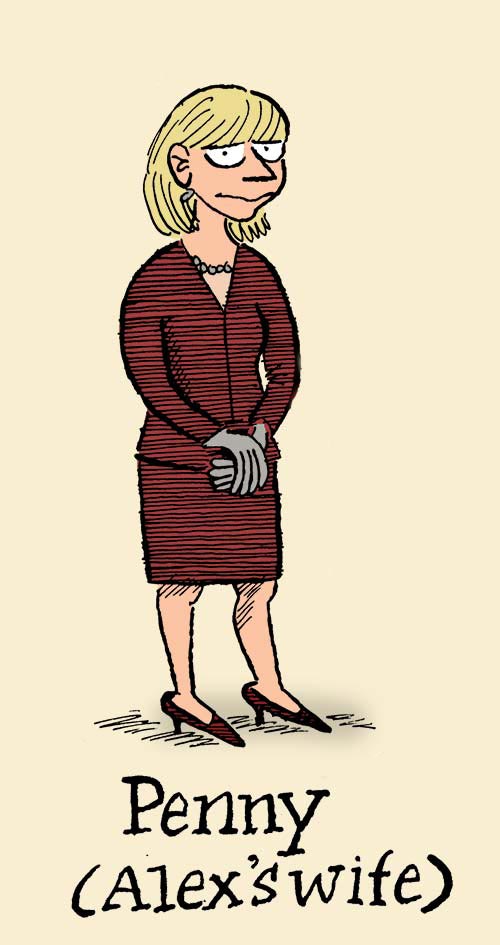 PENNY MASTERLEY (née WRIGHT) is Alex’s wife. She had a brief career as a painter before becoming Alex’s trophy girlfriend and subsequently spouse. For most of the history of the strip her role has been as mother, home-maker, occasional charity ball organiser and long-suffering stay-at-home wife. She has left Alex twice, but was persuaded to return on both occasions. Once she ran him over in her car in retribution for an affair he was having.

After the financial crisis of 2007 Penny endured the indignity (for a corporate wife) of having to go out and get a job. She found work as a redundancy counsellor. Soon afterwards in response to the corporate world’s need to have more women at board level she was offered a non-executive directorship. She now sits on several company boards, including that of Hardcastle plc, Alex’s major client, and gets invited to that elite gathering of global movers and shakers - the World Economic Forum at Davos. Alex’s shame has gone from having a wife who works, to having a wife who has higher status in the business world than himself.

Search for strips about Penny: