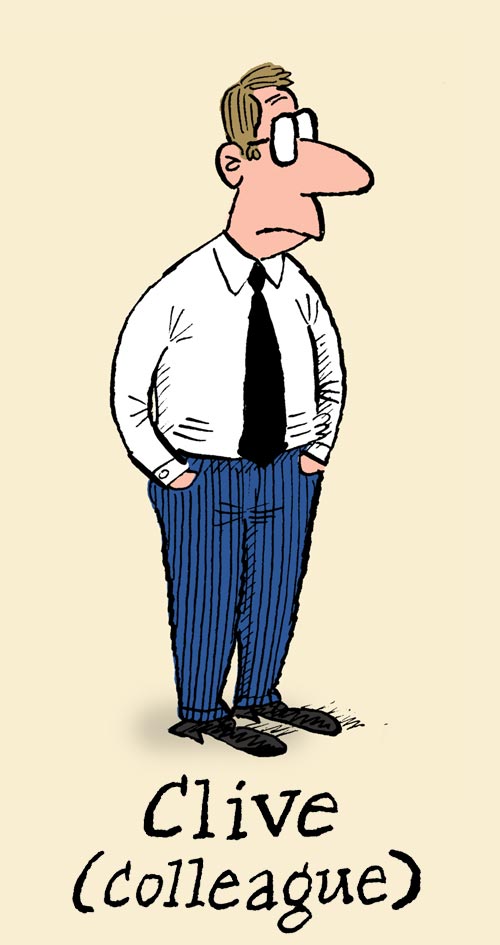 CLIVE REED is Alex’s long-term friend, colleague and fall-guy. They have sat back-to-back in a City office for three decades, exchanging cynical observations about financial markets, the corporate world, lifestyle fashions and news stories of the day. Clive is the polar opposite of Alex, being cautious, uncertain, timid, and easily led. Over the years he has pursued various extra curricular business activities, including running a restaurant, managing a lap dancing bar and writing a novel. None was a commercial success.

He has gone out with the fearsome and ferocious Bridget since the strip began. They got married in the mid 90s and he became a late father to twins in 2013. Not long afterwards he found out that Bridget had been having an affair with his boss Cyrus - a discovery which led to Clive being evicted from their affluent London home. They are now divorced and Clive currently resides in a one bedroom flat in Balham. He seeks occasional solace with his lap dancer friend Fabergé.

Search for strips about Clive: