It is now little remembered, but Brexit, like many other important cultural things (geometry, philosophy, democracy etc) was actually invented by the Greeks. Prior to 2016 and following several bail-outs Greece was the country that everyone believed was on the verge of quitting the EU and “Grexit” was the new addition to the lexicon.

Fresh from his election victory in 2015 Prime Minister David Cameron announced that a Referendum on Britain’s membership of the EU would be held. Brexit was soon the staple of every heated dinner party conversation and the country was divided into two implacably warring tribes, those who wanted out of the EU and those that wished to stay in - soon to be dubbed Brexiteers and Remainers. 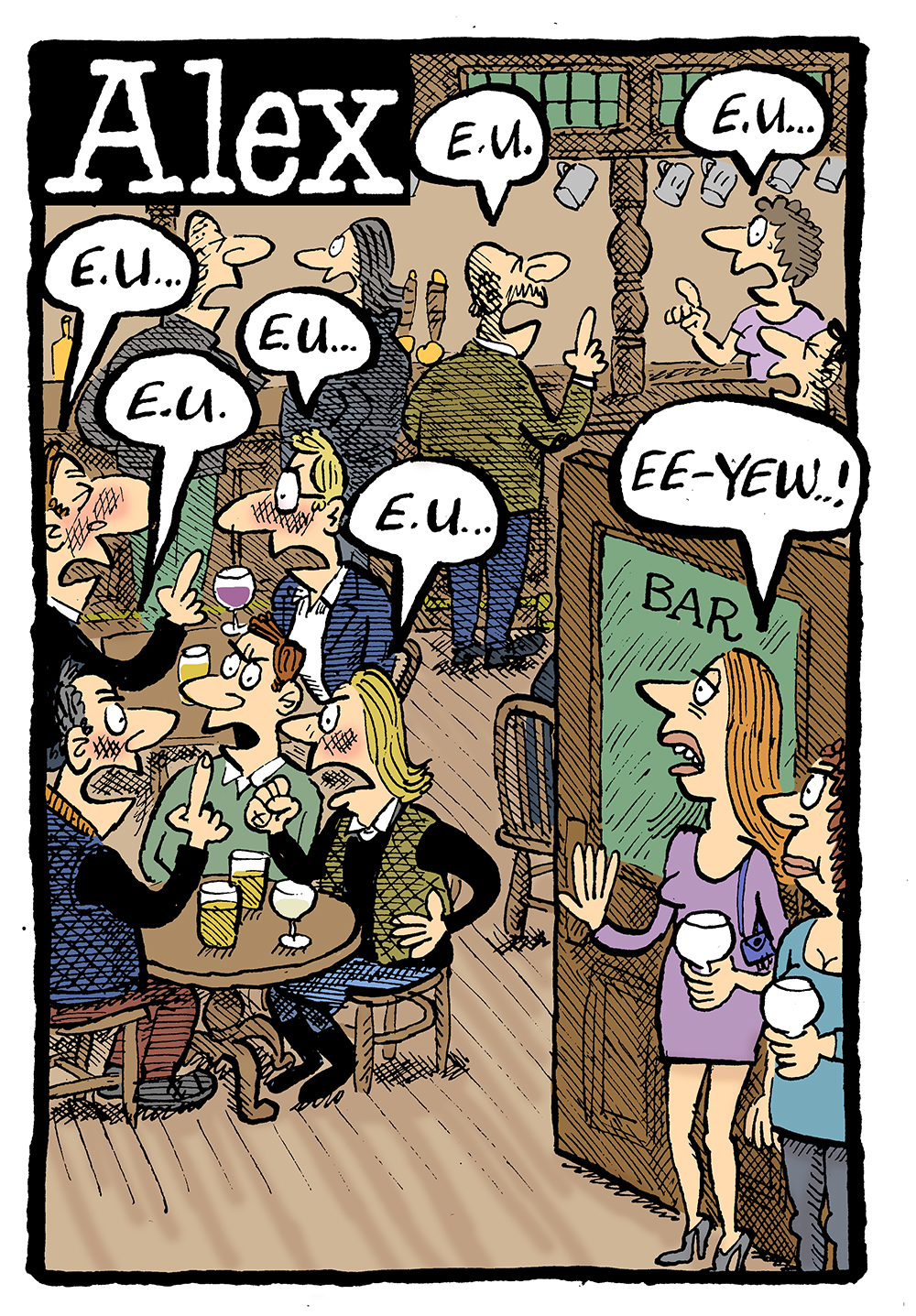 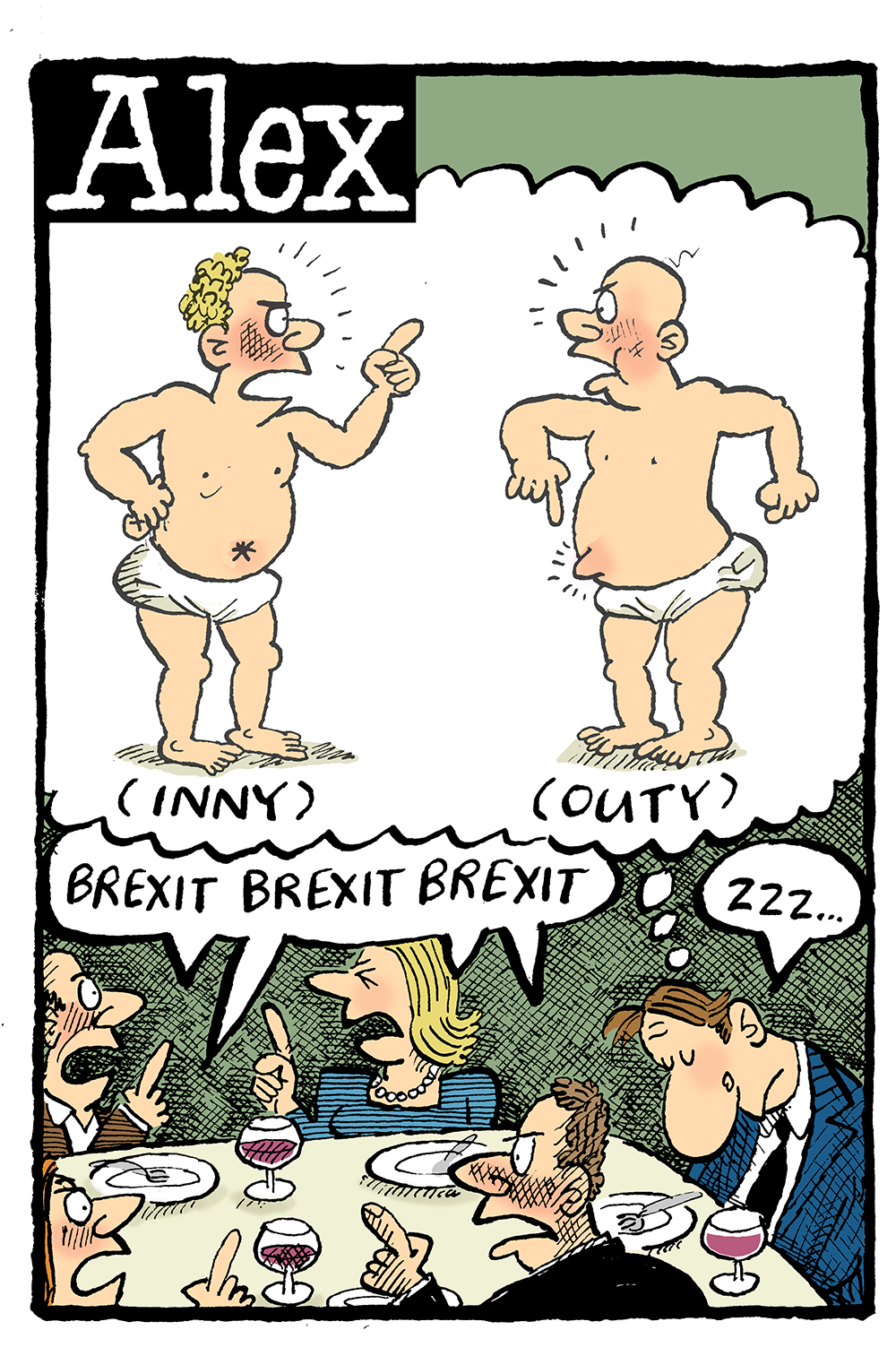 Alex declared himself as a Remainer. This surprised some readers, who assumed City bankers would be enthusiastic Brexiteers. But of course the bankers were, as ever, thinking in the short term and were fearful of the effect of the uncertainty of Brexit on their business and bonuses (how right they were in retrospect). Clive however campaigned for the Leave cause, but to a largely unsympathetic reception.

To just about everyone’s surprise, and many people’s horror, the Referendum delivered a vote for Britain to leave the EU. The Pound collapsed immediately and the City braced itself for further economic disruptions; but it would lead to the coining of another new word.

Six months on the vote for Brexit hadn’t produced the dire economic consequences that many people (the Chancellor of the Exchequer, the Governor of the Bank of England etc) had predicted. Even some Remainers were beginning to feel positive about the outlook.

The new lower value of the Pound made Britain an attractive place for overseas visitors to do business and Alex was keen to welcome them.

Though the bank’s official position had been to support the Remain cause, there were people within it who were rising to the challenge of Brexit.

The rankling and recriminations over the Brexit vote were beginning to grow, with older people being generally blamed for delivering the majority in favour of leaving the EU.

Some British people were worried about taking holidays in Europe, fearing that they could be greeted with hostility by locals. 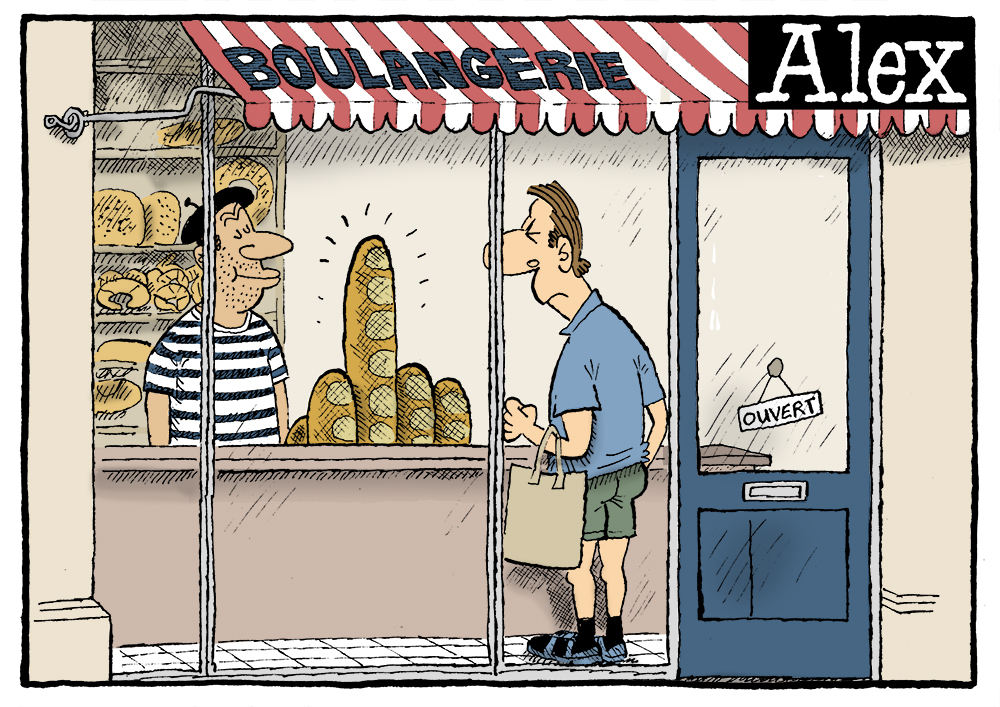 Banks were anxious not to lose the “passporting” rights that gave them access to EU markets and there was much talk of relocating part of their business to Frankfurt from London.

Alex and Clive were sent on a fact-finding trip to Frankfurt to investigate the possibility of their bank moving there.

The Conservatives re-elected in 2017 on a reduced majority, but still no one could work out how to enact Brexit, leading to some increasingly fractious debates between the Leavers and Remainers.

As Christmas approached in the run-up to the supposed date on which the UK would leave the EU, the consensus from the British point of view was that negotiations were not going as well as could be

With the British Parliament at war with itself the mess over Brexit was so deep that there was increasing talk of holding a Second Referendum (a so-called People’s Vote) to sort things out.

If Brexit ever happened it would entail Britain having to forge new trade links outside Europe. Alex was on the case.

With the deadline for Brexit already having been extended and the new one looking unlikely to be met there was the very real possibility that Britain could crash out of Europe without a trade deal. However some people remained optimistic.

With the situation still unresolved the deadline for Brexit was deferred again and this further period of uncertainty only added to the general business torpor affecting the UK.

It was now being mooted that a General Election might have to be called if the impasse over Brexit could not be sorted.

With the British Parliament deadlocked the new Prime Minister Boris Johnson did indeed call a General Election and Alex, deciding that his country had need of his talents, presented himself as a candidate.

Somewhat surprisingly Alex won his seat and as a new decade dawned the British people could rest assured that the task of delivering Brexit was in safe hands (ahem..).