The World Cup Quiz 2022 (with no football questions)

Below you will find a list of the 32 nations competing in the 2022 World Cup. The answer to each question in the quiz will contain either the name of one of these countries, its nationality, its capital city or a native of that city. So, in the case of England the answers to questions might be:

Q : What was the 31 flag signal hoisted on the Victory before the battle of Trafalgar?
A : “England expects that every man will do his duty.”

Q : What was the name of the movie character played by Rowan Atkinson based on his incompetent spy from a series of Barclaycard commercials?
A : Johnny English.

Q : Which pale ale brewed by Fullers of Chiswick was described by one critic “to cause a sensation of Angels dancing on your tongue”?
A : London Pride.

Q : Which song written by Hubert Gregg in 1944 was popularised by Bud Flannagan?
A : Maybe It’s because I’m a Londoner.

Each competing country is represented by the answer to at least one question in the quiz. Questions score two points each.

10. It is the oldest active trophy in international sports, having first been contested in 1851. The current holders are New Zealand and the competition will be hosted by Barcelona in 2024.

10. Three countries have names that are made up entirely of one-point-scoring letters in Scrabble. Give two of them for a point each.

Identify the ten movies from the film posters. 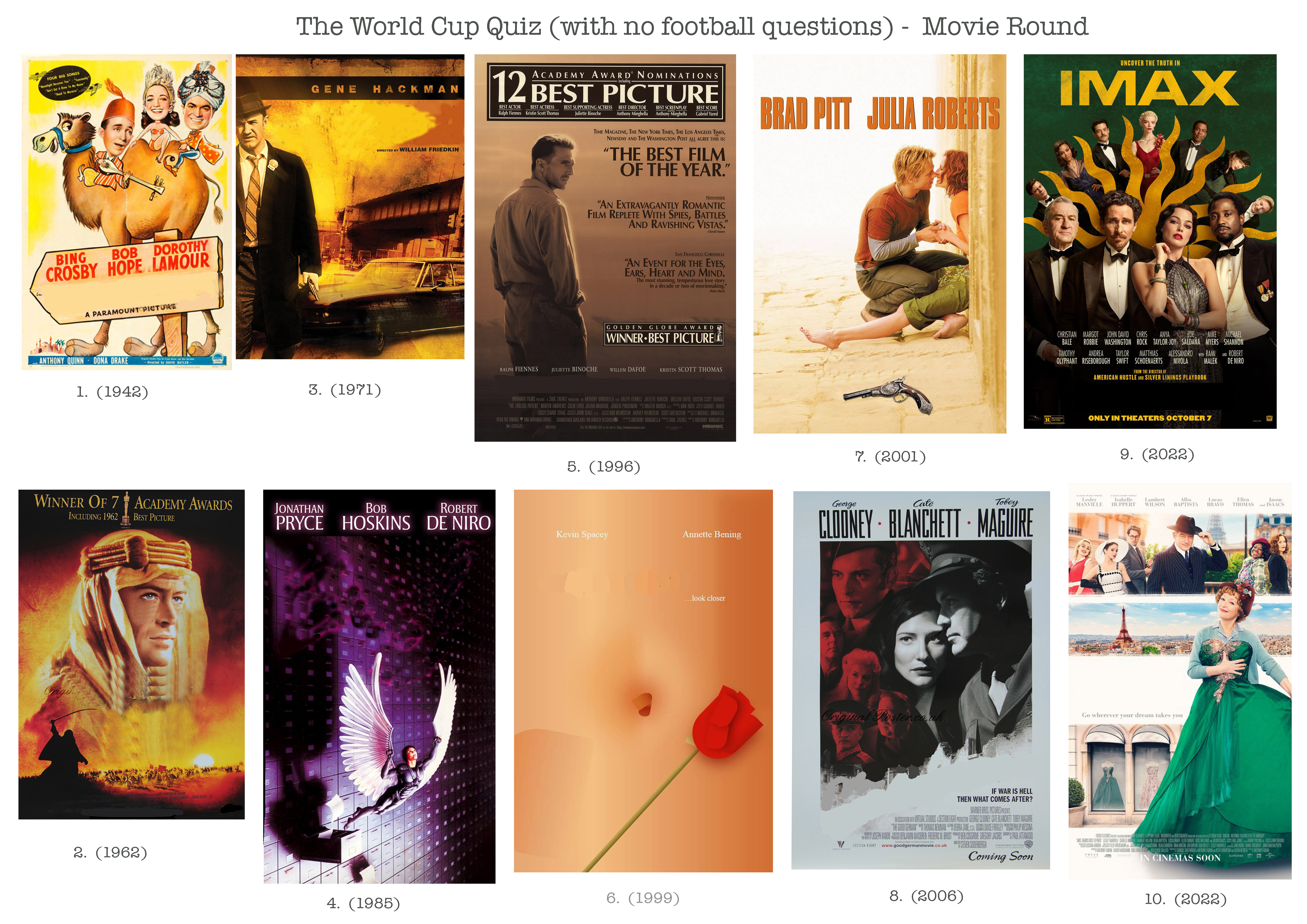 Identify the songs from these lyrics.

10. Bass high, middle night, ceilin' low, sweat brow drippin' down, when in Rome. No town does it quite like my home.

10. In which country were Mel Gibson and Nicole Kidman born?

If you wish to play this quiz for material rewards (Alex would approve) send in your answers to [email protected]. The first three senders of correct answers will receive a signed copy of The Best of Alex 2022.